HUBZone Industry Awards One of Our Own! 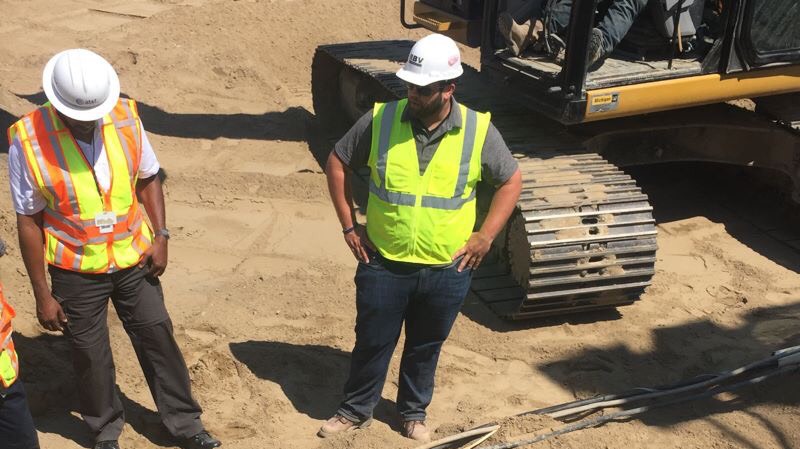 We are proud to announce that our Project Manager, Dante Catanese has been named HUBZone Employee of the Year by the HUBZone Contractors National Council! He will be presented with this award on October 13, 2017, at the National HUBZone Conference in Chantilly, Virginia.

To earn this award, those nominated need to show dedication to and excel in the following areas:

Throughout his daily life, in and out of work, Catanese exhibits these traits and goes above and beyond to bring the values of RBV and the HUBZone Program to life.

During the workday, Catanese shows acute attention to detail and is extremely conscious about reporting on percentages to meet specified workforce residency requirements. Once a week, RBV Contracting reviews percentages to ensure that the company is following protocol to the best of our ability.

When he leaves work, that dedication doesn’t stop. Catanese purchased his first home in a HUBZone near where he grew up and in close proximity to many of his large family of siblings. Since in his home he has made many upgrades and improvements to it to increase its value and ultimately the collective worth of the HUBZone he resides in.

During the school year, Catanese volunteers his time coaching high school football athletes at his alma-mater in Royal Oak, Michigan. He dedicates 20-hours a week to helping high school students excel both on and off the field.

He also serves as a project manager on numerous construction projects focused on revitalizing inner-city Detroit. These projects include Little Caesar’s Arena (valued at over $1.7 million), City Modern at Brush Park (valued at approximately $7.4 million), and Riverside Park (valued at nearly $640,000), just to name a few.

Catanese captures the HUBZone Program’s values and spirit by exhibiting a thirst for education, strong leadership abilities, and a desire to serve others. After graduating college, Catanese continued his education by working toward multiple certifications and completing numerous workshops. Those include:

We are proud to have Dante as a part of our team and are grateful for the work he does every day to help his company, his community, and his relationships thrive.